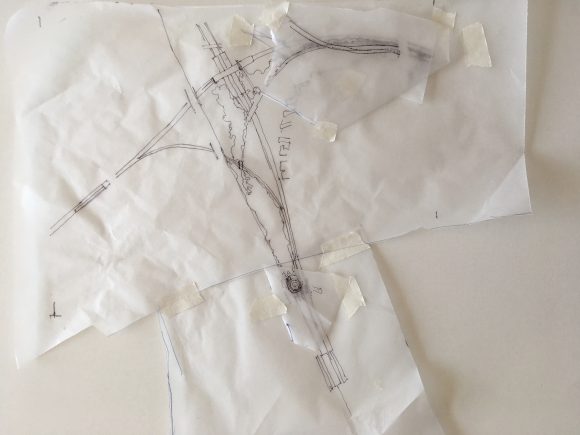 Context — Over the last fifty years or so, Berlin has developed a much-noted idea of urban nature that among cities represents a development of its own kind. Its specificity is worth exploring and making legible—also as a stocktaking of the results and achievements of this development. The invention of a decidedly urban idea of nature here is not just about urban ecology, but entails a lived culture of open space that has become part of the essence of the city. Being ‘free spaces’ (Freiräume) most are open all the time, even at night. They are accessible, usable and tangible. Touch, play, a high degree of (social) appropriation, and freedom of use are essential aspects of the individual use of open space in Berlin. Private, communal and public living spheres are intertwined. However, more than thirty years after the fall of the Wall, in a time of dynamic urban development and pressure on the real estate market, Berlin is currently facing the severe challenge of redefining the culture of its open spaces – and once more reinventing it. New spatial potentials are being explored, new typologies invented, new aesthetics cultivated.

Site — Westkreuz is a crazy, very hybrid, disorienting space. Infrastructural lines that cross and enhance geological givens. The area is characterized, informed and hindered by the constructions, sections and constructed disruptions that mainly follow the logic and logistics of train and automotive structures. Westkreuz is home to a utopian expression of organizing space and time: the International Congress Centre ICC seems to hover over the area. Next to the Berliner Messe, we find the northern end of the AVUS, one of the hallmark projects of the beginning of automotive mobility, a concept which currently still heavily characterizes and often impedes our urban realities. We can guess that future change looms.

The studio focussed on the area’s eastern part, the area currently termed Westkreuzpark. The area is not a park yet. It is in the throes of being developed into a hybrid public urban space. Plans have been made, but the project is currently stalled. The projects of the design studio stepped into this condition of becoming and probed the qualities and potentialities of connectivity and disconnectivity. Can the valleys and ridges, the faces and ravines of these constructed landscapes become the hallmark of a new kind of urban nature? Can we assess the uniqueness of the site, with all its challenges and turn it into a unique new piece of urban space, optimistically building on the topographic strata of our recent pasts?

Aim — The studio explored the potentialities of the (constructed) urban topographies, positing them as an opportunity. Gaining an understanding and making use of ground and soils, as much as of engineered constructions and architectural buildings, and vegetation the projects aim to validate the specificity and potentiality of the site as a driver of an innovative, resilient and sustainable urban development. Underlying their conception is the understanding of the environment as a cojoined, processural and dynamic realm that includes built and natural elements. The studio aimed to gain an understanding of the site’s specificity, reading site as a spatial, physical and social resource.

Approach — The studio developed in two phases. As a shared research and resource we built a fairly large physical topographical model at 500 scale and developed two 200 scale sections. The large sections were drawn and illustrated manually as work in small groups.

Beyond this joint effort of researching the site, its topographies and spatialities, individual projects of varying themes and sizes were developed individually.

While the character of the individual projects spans from landscape to architecture, they are explicitly not aimed towards the development of an encompassing masterplan. The projects aim to be precise, physical interventions that reflect their interaction with the site and expose its potentialities.